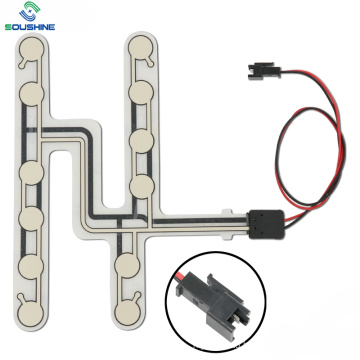 
ABOUT US
Dongguan Soushine Industry Co., Ltd. specializedin the membrane switch field in China since 2000, which is a technical company intergrating Design, R&D, Production and Sales.
With 20 years, we have a strong ability to develop and produce Membrane Switch, FSR sensor Graphic overlay ,Panel, etc. Those are widely used in communication, industrial control and military industries, medical equipment, automotive, instruments, household application and toys, auto-control systems and other high-tech fields.
We have 50 members, 300 devices and 4 production line. Besides, Soushine received ISO9001:2008, RoHS compliant, ZHB Environment System Certification. Therefore, 20 years experience is faithworthy. By now, we have a long term cooperation with many famous brands such as Media, Gree, Supor, Haier and Panasonic.


♦ What is Force Sensing Resistor (FSR)?

Force sensing resistor or we call force sensor, can be defined as a special type of resistor which exhibits a decrease in resistance with an increase in the force applied to the active sensing surface. The force sensing resistor is generally supplied as a polymer sheet or ink which is applied as screen printing. Both the electrically conducting and non-conducting particles are present on this sensing film. If force is applied to a surface of sensing film, then the particles touches the conducting electrodes and thus resistance of the film changes. There are several resistive based sensors but force sensing resistors operate satisfactorily in difficult environments and also requires a simple interface compared to other resistive based sensors.
Even though there are various types of force sensors, the force sensing resistors are having several advantages such as thin size (less than 0.5mm), very low cost and also good shock resistance. The only disadvantage of FSR sensors is low precision, there will be approximately 10% or more difference in measurement results. So it can't be used as weighing equipment. It acts as a reaction of force rather than as an accurate reading of pressure.

There are numerous applications for force sensing resistors in various fields such as motion analysis systems, automobiles like car sensors, resistive touch-pads, musical instruments, Medical bed, Measurement of bite force of teeth, die pressure measurement,and so on. It may be used wherever pressure measurements and data collection are required 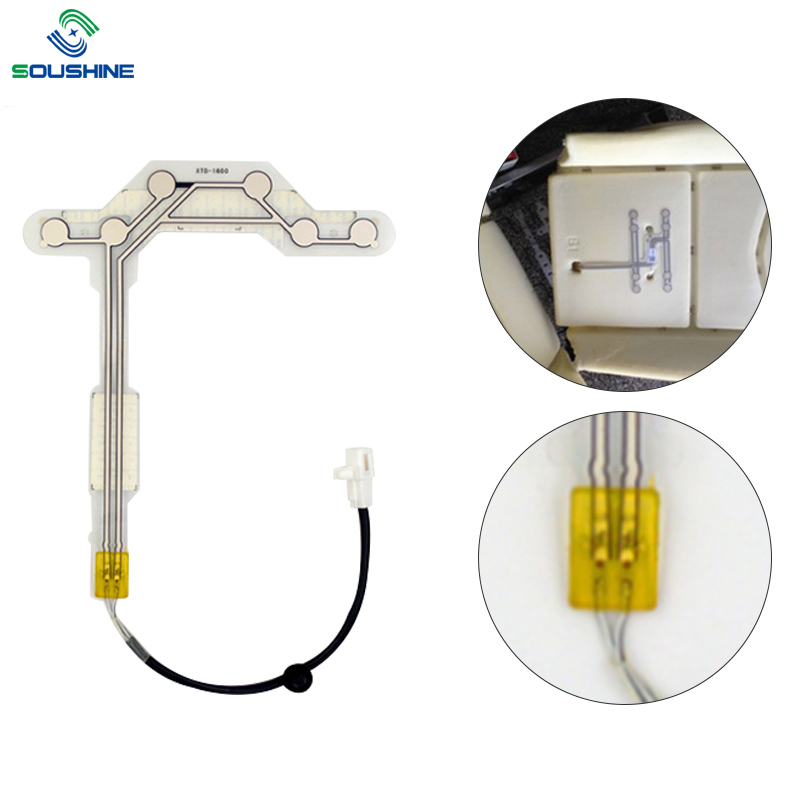 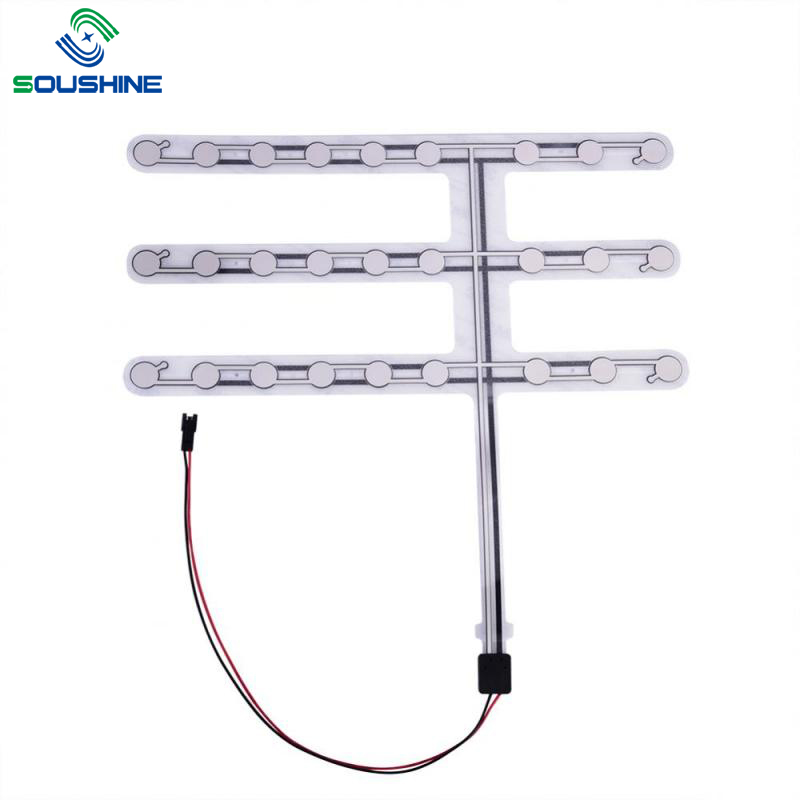 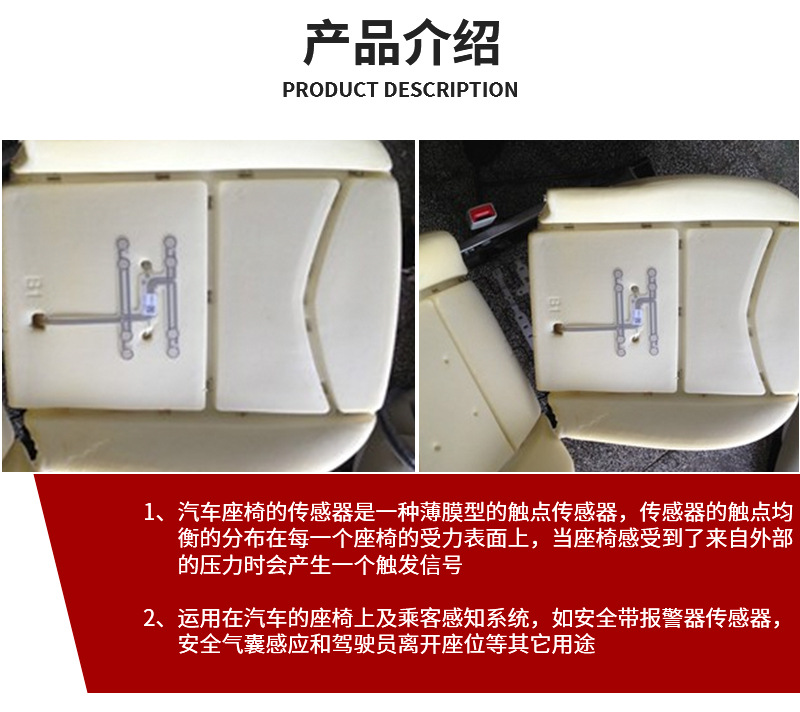 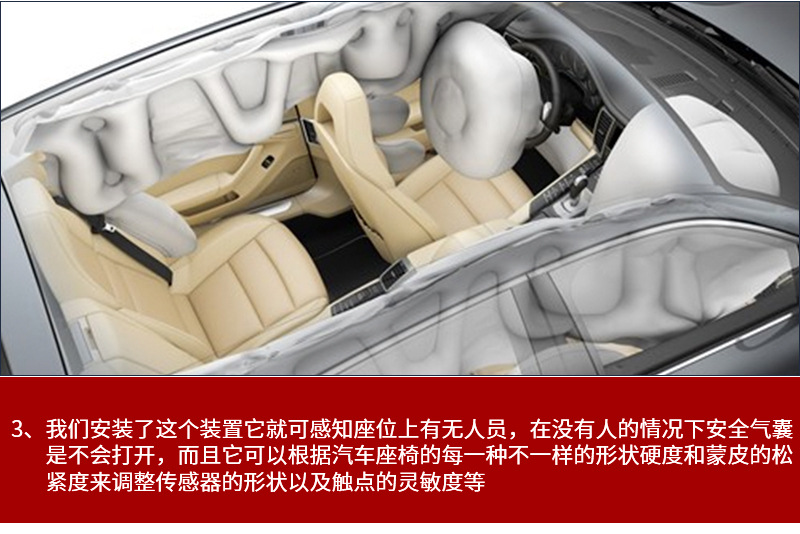 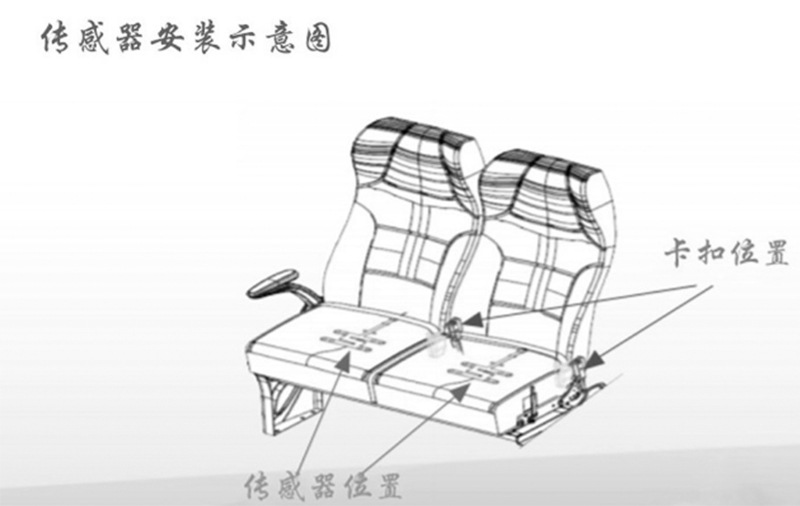 1. Are you manufacturer or trading company?

A:We are manufacturer and you are welcome to visit our factory, also video and pictures will let you check.

2. How to make an ORDER and QUOTATION?
Infomation will need as below:

And better send us the design drawing or samples together with other detailed datas, then we’ll customize the membrane switch upon your requests.